JOIN US IN SUPPORTING EKUDZENI COMMUNITY

Your support is vital for us to continue helping the children of Ekudzeni providing food, education and employment opportunities.

DONATE AT THE LINK BELOW :

Our focus on Food Security is divided into two projects. Not only are we  making sure that the most vulnerable in the community are provided for through our school's feeding programme, but we also believe in the importance of sustainability. We have agriculture and livestock breeding programmes  to provide a sustainable food source throughout the year.

PRE-PRIMARY EDUCATION Mungo's Pre-School ensures a sound educational foundation ready for primary school. There's a daily feeding programme & the  Betty Friend Home of Hope  provides crisis accommodation for children  & houses volunteers to the projects. Mungo's also host a monthly health clinic for both young & old. Since 2011 over 100 children have graduated able to speak, read & write English. We sponsored Nelsiwe, our early years teacher, through her training & she is now studying for a diploma. We also provided sponsorship for a second pre school teacher, Mpumelelo & are delighted she passed her exams & will be joining the team in January fully qualified.

PRIMARY EDUCATION Before we built Angus Lawson's Community Primary School, children had to travel miles to receive an education. We started raising funds in 2004 & the school opened in 2007 with 1 teacher, 3 classrooms & 37 children. By 2010 we'd added a further 4 classrooms & handed the school over to the government to staff. There are now 250 children educated there yearly. Our first feeding project started at the school and Khanysile, a mother from the community, has now been in employment there, as the cook, for a decade.

We focus on four key areas within our school & the community.

Since 2002, the African Village School Fund project has been a true labour of love for the founders, Rob Nestor & Lynn Frusher. After being selected for a reality TV series by Channel 4 , the Nestor-Frushers, along with their three children Daniel 13, Chloe 8 & Callum 4 years old, relocated to Eswatini (formerly Swaziland) in January 2001. Embarking on an 10-week adventure, the South London family settled in the village of Ekudzeni, homestead of the Shongwe family. They gave up many of their material comforts, and had to quickly acclimatise themselves to their new surroundings. The family lived in a hut with a thatched roof; without running water or electricity. They altered their diets, bathed in the local river, and lived without the modern convenience of public transport. The closest school was more than five miles away, requiring a two-mile walk to the bus stop in order to attend. Though the family  experienced acute culture shock, they grew  to love the village and the people.  The Nestor's  wanted to help and support the community who had welcomed them, guided them and shared their lives with them. So in 2002 Rob returned to Eswatini, met with the Elders to ask what they needed and came home to commence fundraising for a tractor. African Village School Fund was born.

Today, Rob (until his death in March 2020) and Lynn return to Ekudzeni  as often as possible, in order to visit the projects and people in which they have invested nearly two decades of their lives. Obviously, with time, huge improvements have been made. Building the primary school encouraged a local bus route to start running regularly, the pre school is the only one for miles in this rural community, the indoor kitchen in the Home of Hope now enables cooking to be done comfortably in all weathers ,the homestead now has electricity although Mungo's is still waiting to be connected, local people have found employment with AVSF and the Shongwe's have become part of our family. What started out as a frivolous adventure turned out to be an amazing, life changing experience.

HIV AWARENESS & PREVENTION Eswatini has the highest HIV infection rate worldwide. This has led to an increase in the number of  orphaned & vulnerable children, child led households & grandparents supporting many young children. Awareness & knowledge are essential so using football as a tool for change, we discourage risky behaviours  & encourage HIV testing  so treatment can be started early on if necessary.

In my "other life" I am a manager within TAAS, supporting children and vulnerable adults within the Criminal Justice System, trying to... 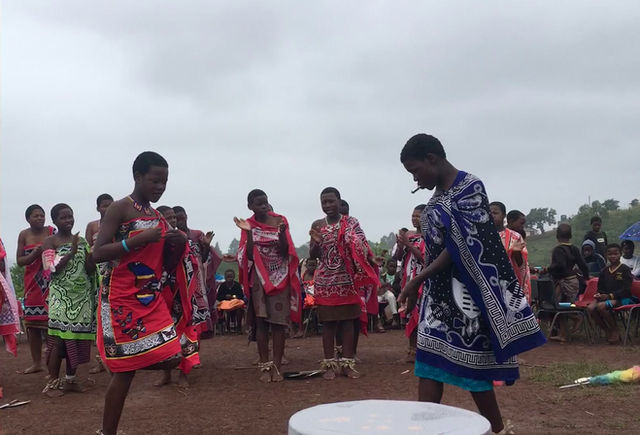 Unfortunately Robert became too ill to travel to Eswatini for graduation. I was fortunate enough to still go and attend both Angus &...

Our children may not be able to go to lessons in school at the moment but COVID19 doesn't prevent hands on agricultural lessons. Planting...
1
2345